We took a zodiac ride around Hercules Bay on what was to be our final morning in South Georgia. Eric, our zodiac driver, heard chatter on the radio about a fur seal caught in a packing strap, so we went over to check it out. 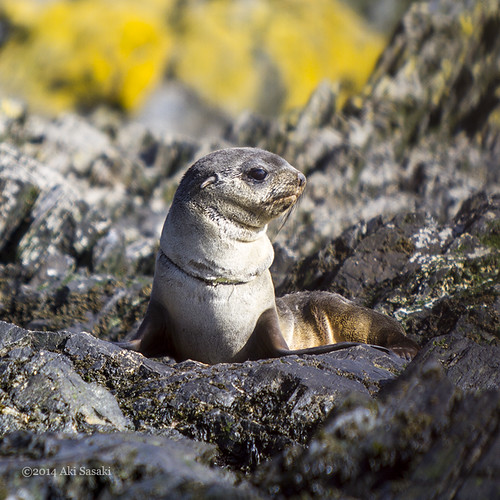 We found him? sitting on the rocks, a loop around his neck. 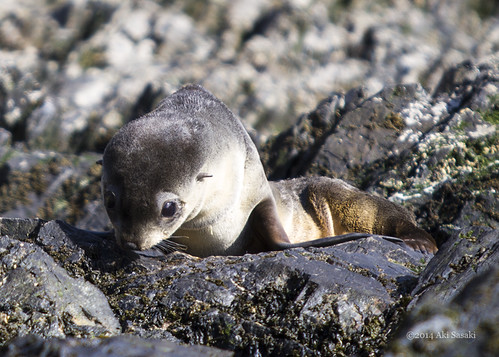 We took some photos, then wandered off to watch the macaroni penguins for a bit. When we heard they were about to free him, we hurried over, cameras in hand. 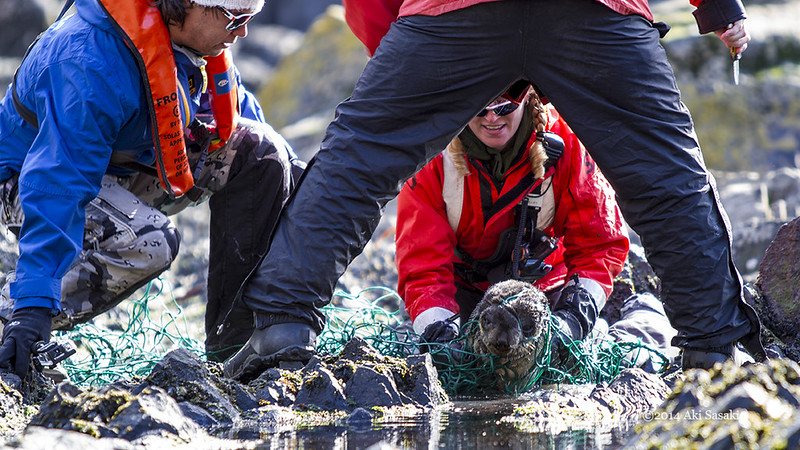 Our expedition leader, Lisa Kelley, caught the fur seal in a net, so they could remove the packaging material. 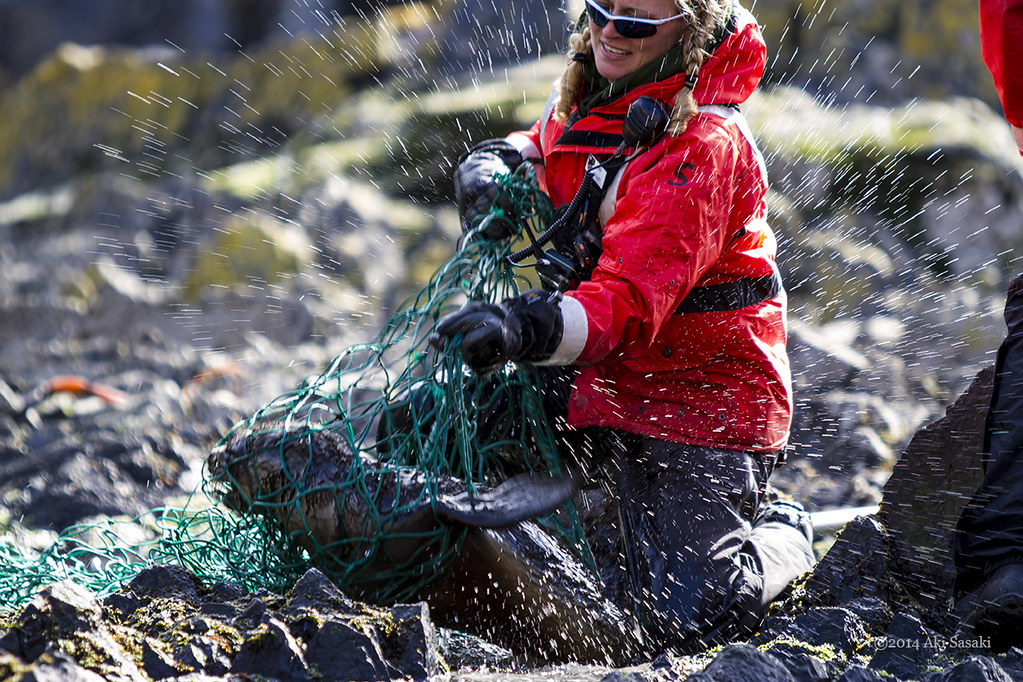 Afterwards, I noticed he still had a crease around his neck, but he was free of the loop. Later that evening we saw pictures of animals that grew to full size after swimming through a loop of some sort: some are visible here. 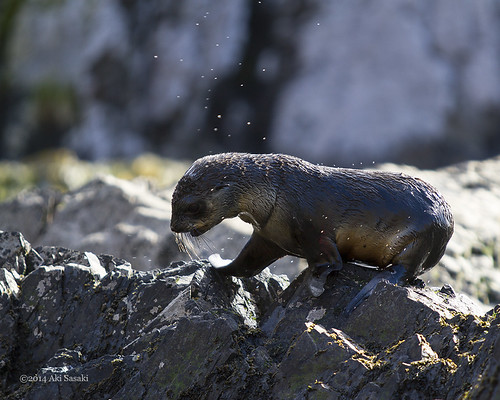 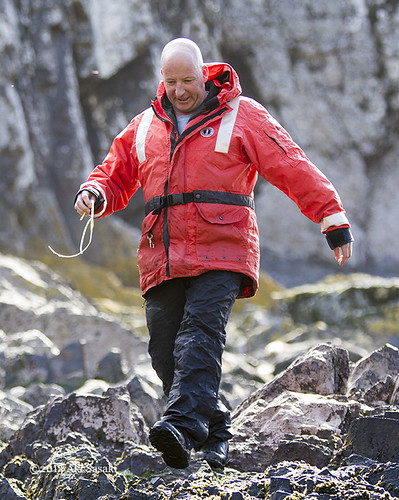